In today’s technological landscape, there’s simply no arguing the impact of the cloud. Just a few short years ago, the market was very different – company leaders were unsure and hesitant about the cloud, concerned about security and a number of other factors as they looked into the potential of moving their data off-site. Now, however, adoption numbers have never been higher, and this trend toward the cloud is poised to continue in the upcoming months and years.

Where in the past private cloud environments were the go-to for enterprises, times have changed. Today’s businesses need something flexible that can offer the benefits of both private and public clouds – the hybrid cloud.

One of the leaders in this market is VMware, which is blazing a trail with its revolutionary vCloud Air solution. 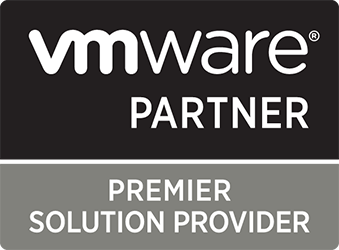 Hybrid cloud adoption: No signs of slowing
The hybrid cloud has become an essential piece of the technological puzzle for businesses, and will continue to be a staple in the near future. According to a 2015 Research and Markets report, the hybrid cloud market, valued at $25.28 billion last year, will grow to reach $84.67 billion by 2019, expanding at an expected compound annual rate of 27.3 percent during this time.

Separate research underscores these findings. RightScale’s 2015 State of the Cloud Report found that not only is the cloud a must, hybrid environments are the preferred approach to off-premises storage and access. Currently, the vast majority of study participants – 82 percent – had a hybrid cloud strategy in place, representing an 8 percent increase from last year. Additionally, 93 percent were utilizing infrastructure-as-a-service as part of their approach to supporting critical applications.

And yet, there is still room for expansion here. RightScale found that 68 percent of enterprises store and access less than one-fifth of their applications via the cloud. Currently, 55 percent of respondents are planning to deploy a hybrid cloud strategy in the future.

What’s driving hybrid cloud adoption?
There are a number of factors causing today’s businesses to consider and eventually migrate their critical data to a hybrid environment. Research and Markets noted that advantages including cost savings and the ability to customize the environment are largely driving this ever-increasing adoption.

“The hybrid cloud deployment model offers faster deployment, flexibility, scalability, predictable costs, and reliability features,” the Research and Markets report stated. “These benefits have attracted many organizations to adopt the cloud based services rather than on premise in order to save time and cost. The market integration of hybrid cloud is gaining popularity and is used by businesses of all sizes across the world.”

But these are not the only benefits causing organizations to take a hybrid cloud approach. VMware’s white paper, “Cloud Adoption: Hybrid is the Future,” found that above all, most businesses – 62 percent – make the move to hybrid in order to boost the delivery speed of IT resources to end users. In other words, enabling employees to more quickly access and connect with the technological assets they need makes a real difference in the enterprise sector.

“For organizations of all sizes, hybrid cloud is an attractive options for faster and more cost-efficient delivery of IT to support the business,” noted Mathew Lodge, VMware Cloud Service Product Management and Marketing vice president.

Industry leader: VMware
RightScale’s report also identified the key leaders in this marketplace, including VMware. Its cloud solution, the rebranded vCloud Air, has seen a 10 percent adoption among enterprises – significant considering the plethora of systems available to today’s businesses.

vCloud Air makes a name for itself
When compared with other top solutions, VMware surely stands on its own. vCloud Air is currently one of the most robust, integratable cloud systems available. Equipped with twice the computing power of Azure and three times the storage performance of AWS, vCloud is definitely making waves in the hybrid cloud marketplace.

Another factor that sets vCloud Air apart is its unique Hybrid Cloud Manager, which provides a singular, streamlined administration platform to manager vCloud Air workloads. Users can leverage bi-directional workload migration, improving the overall integration between on- and off-premises assets.

These capabilities, coupled with VMware’s vCloud Connector, takes the stress and hassle out of workload migration. vCloud Connector allows businesses to expand their data centers by providing a bridge between both public and private clouds supported by vSphere or vCloud Director. In this way, users can access and manage these environments using a single, simplified interface.

For such a young solution to have cornered 10 percent of the market is significant, making it a top solution to watch as it makes its way into more enterprises’ hybrid cloud strategy. The hybrid cloud itself is not an old idea, but it is already establishing roots in the enterprise and is poised for continued growth in the future.

VMware has been a top iT1 Source partner for years now, offering robust cloud, virtualization and management solutions. To find out more, contact iT1 Source today.